Oh, dear 2015, what innocent times. David Bowie was still alive. The president of the United States was Barak Obama. Alexander Gauland was still dreaming of election results  with two digits for his party. The world was holding hands, dancing in harmony and Tubbe released their second album “Keine Arbeit lieber tanzen”.

These times seems to be further away than ever before. Henri Jakobs, singer of the berlin-based rave-punk-duo, had still another name back in 2015. His band Tubbe doesn’t exist anymore. A lot has changed. And a lot just stayed the same. The streets are still cramped, pockets still empty. That’s not the only reason why we need new music from Henri Jakobs in this world. New disarming punchlines. New songs to stomp around, cry and laugh. New phrases which will grow from year to year.

Lucky us, there will be new music by Henri Jakobs. Not under the name of Tubbe but signed with his own, new name. It is supposed to be more organic. More private. And more political. With the transition many new emotions, experiences and impressions came along. The enemies will stay the same – sexism, homophobia, fascism. But the perspective is new.

Tubbe was always capable of making private and political danceable, turning frustration into euphoria. To go where it hurts most and to provoke a rave exactly at this point. Henri will start off at exactly this point, with new sounds, a new name, a new focus and a new view. If we needed this music back in 2015, today we need it more than ever. 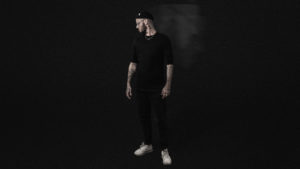