Messed Up are four young women from the Belarusian town of Grodno near the Polish and Lithuanian borders. The quartet was founded in 2015, determined to escape the lethargy of their post-Soviet homeland and to confront the social expectations and constraints of their own environment with self-empowerment and creativity. In the small Belarusian subculture, which is often affected by repression and lack of understanding, at least a temporary escape from everyday society is possible; touring other cities and neighbouring countries broadens one’s own horizon better than Instagram and Vk.com. Soon the band is at home in a D.I.Y. scene, where bands, promoters and clubs know each other well and often have to operate on the edge of legality. Contacts to like-minded musicians with emancipatory agendas like Mister X have led to What We Feel and Feine Sahne Fischfilet, who always work closely with local bands of the anti-fascist scene at their ex-USSR concerts and support these bands vice versa in Germany. After Messed Up have been perfecting their bone dry, to the point punk rock for four years and released a digital EP, they have now delivered an eleven-song strong debut album titled “Everything You Believe In”. Singer Nastya with her powerful organ frequently reminds of her colleagues from Distillers, Hole or L7. The Russian lyrics of the band deal with social and political hotspots like racism, homophobia or social ignorance – developed from a personal and lyrical perspective sans catchphrase. In their cover of Iggy Pop’s “You Wanna Be My Dog”, the lyrics are slightly modified, giving new relevance to an old song. “Everything You Believe In” is not only the album title, but certainly the driving force for this young band, the reason to continue. They refuse to conform to the patriarchal and oppressive society of the former USSR. At the top of their lungs they shout out what they reject and continue sailing against the strong winds of the reactionary zeitgeist. 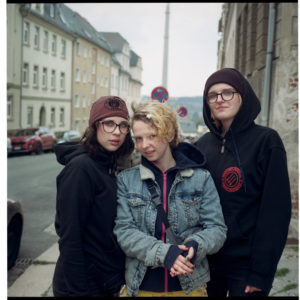 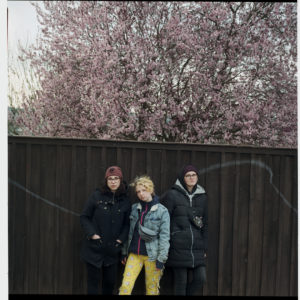 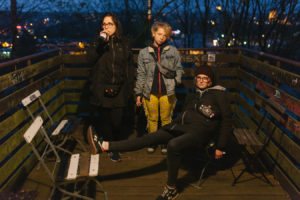 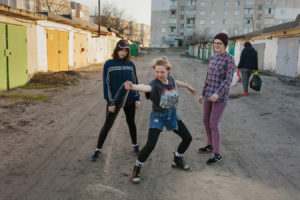